Belfast City of Sanctuary calls for welcome to be shown to Ukranian refugees.

Europe has suddenly been plunged into the worst refugee crisis since the Second World War. In the space of just a week more than one million people have fled the country; the United Nations expects that figure to rise to four or five million. The European Union has responded with a show of solidarity, suspending all normal regulations to allow Ukrainian refugees to stay for up to three years without having to first go through an asylum-seeking stage.

The UK government’s response has been more restrictive. Boris Johnson has pledged to accept up to 200,000 Ukrainians but in the first stage the offer will only be to those who are an immediate family member of a British national who usually lives in the Ukraine.

“That means Northern Ireland may not be able to offer the support the people here would like to give”, says the coordinator of Belfast City of Sanctuary, Israel Eguaogie. “Already there has been a spontaneous wave of generosity across Northern Ireland, with people collecting clothes, nappies, sleeping bags and other things to be sent to refugees now trying to make their way across Europe. We know the people of Belfast can be welcoming to newcomers, particularly those who have had to flee their own countries, and we would ask the NI Assembly to negotiate to accept as many refugees as possible from the overall UK total. We in Belfast City of Sanctuary are willing to work with government departments, public bodies, churches and voluntary bodies to ensure that Ukrainian nationals can find our city is truly a city of sanctuary” 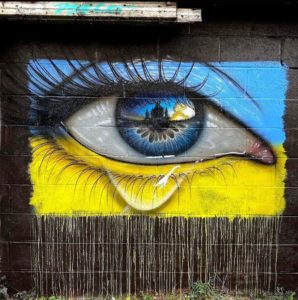 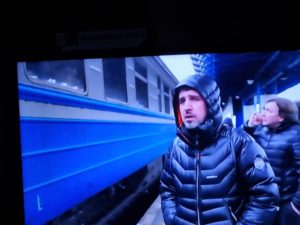